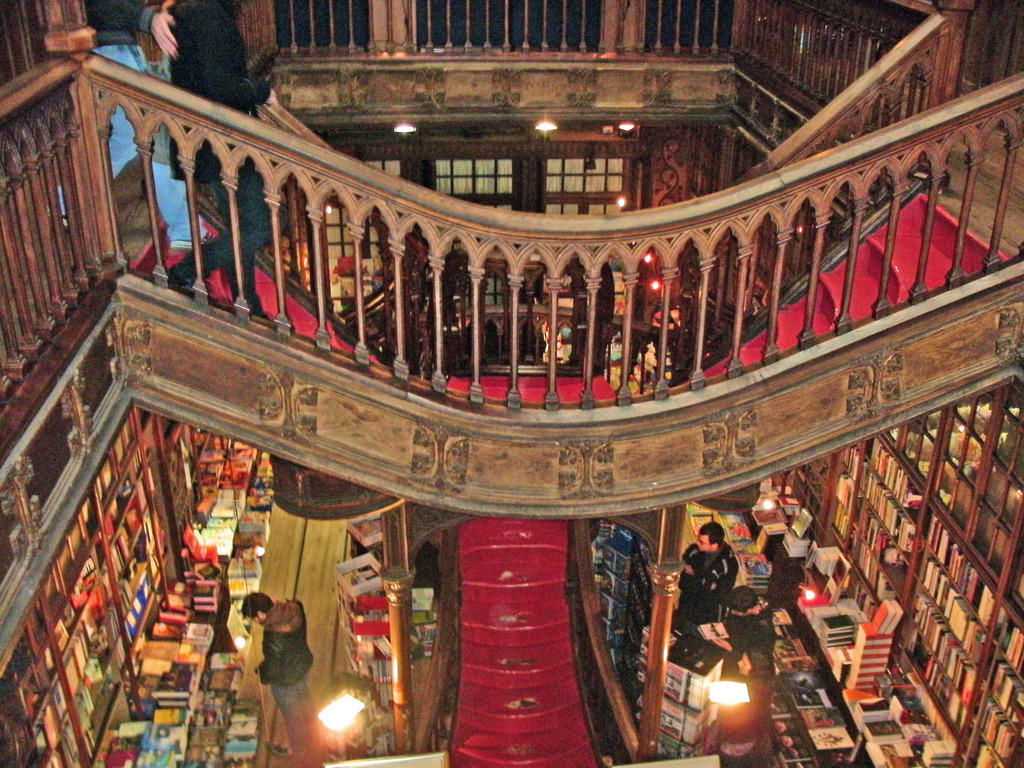 Built according to the design of the engineer Xavier Esteves, Livraria Lello is one of the most emblematic buildings of the Porto neo-Gothic, standing out strongly in the surrounding urban landscape. It is an ensemble in which architecture and decorative elements reveal the dominant style in the early twentieth century.

The facade has a large arch, with central entrance and two side windows. Above, three rectangular windows flanked by two figures painted by José Bielman, representing “Art” and “Science.” A plaited plait strikes the windows, finishing the facade in three pilasters topped with coruchees, with arcade spans of Neogothic taste. The decoration is complemented by vegetable motifs, geometric shapes and the designation “Lello and Brother” under the windows.

In the interior, the broken arches lean on the pillars on which the sculptor Romão Júnior sculpted the busts of writers Antero de Quental, Eça de Queirós, Camilo Castelo Branco, Teófilo Braga, Tomás Ribeiro and Guerra Junqueiro. The elaborate ceilings, the large stained glass window that displays the monogram and the motto of the bookstore “Decus in Labore” and the large staircase leading to the first floor are the most significant brands of the bookstore.

Lello’s staircases are also known to be the inspiration for the bookstore where Harry Potter met Gilderoy Lockhart in the book “Harry Potter and the Chamber of Secrets”, as J.K. Rowling came to live in Porto.