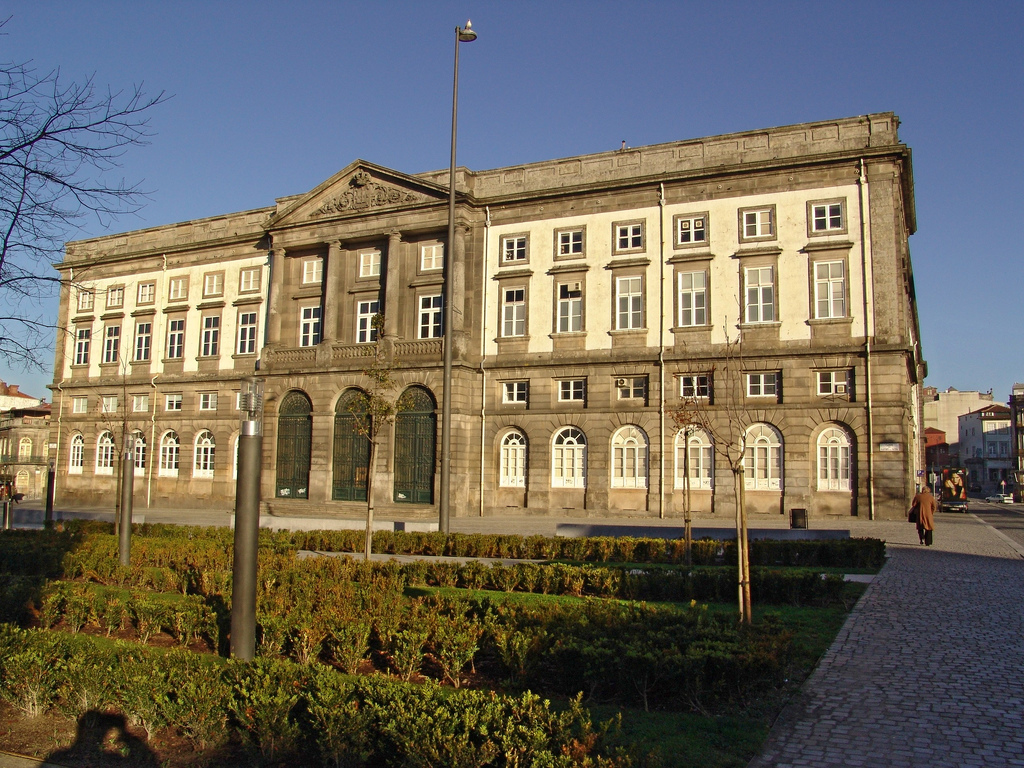 The Rectory of the University of Porto is a historic building located in Praça de Gomes Teixeira, in the city of Porto. It is a rectangular building of neoclassical style, initially destined to the Royal Academy of Navy and Commerce.

During the period of the French invasions and the liberal wars, the building works would advance very slowly. The unfinished construction served as a hospital during the siege of Porto (1832-33). In 1833 the project was remodeled by J. C. Vitória Vila-Nova. The works continued and the initial project still underwent two major renovations in 1862 by Gustavo Gonçalves e Sousa and in 1898 by António Araújo e Silva.

At present, the Rectory of the University of Porto, in addition to the Museum of Science, and the Zoology, Geological Sciences and Archeology and Prehistory Museums of the Institute of Anthropology, is currently housed in this historic building.